Dr. Bruce McManus just completed a 12-year term as CEO of the PROOF Centre. He brought broad academic and clinical skills and leadership qualities to the Centre’s mission. As of January this year, Dr. McManus is Professor Emeritus in the Department of Pathology & Laboratory Medicine at the University of British Columbia. He led the Cardiovascular Research Laboratory at St. Paul’s Hospital through the 1990’s, and from 2000 until 2006, Dr. McManus served as inaugural Scientific Director of the Institute of Circulatory and Respiratory Health, Canadian Institutes of Health Research. He then served as Director of the UBC James Hogg Research Centre (now the UBC Centre for Heart Lung Innovation www.hli.ubc.ca) from 2006-2012. He concurrently served as the inaugural Director of the Providence Heart + Lung Institute at St. Paul’s Hospital from 2007 to 2010, and subsequently as Co-Director of the community-wide Institute for Heart + Lung Health.

Dr McManus joined the Faculty of Medicine at the University of British Columbia in July 1993 as the Department Head of Pathology & Laboratory Medicine, bringing 11 years of experience as a clinician-scientist at the University of Nebraska Medical Centre, including sabbatical time as John F. Fogarty Senior International Fellow at the Max Planck Institute for Biochemistry in Martinsried, Germany. Dr. McManus received the MD degree from the University of Saskatchewan (W.S. Lindsay Gold Medal), completed his residency in medicine and pathology at the Peter Bent Brigham Hospital, Harvard University, Boston, completed the PhD degree at the University of Toledo, and post‐doctoral fellowships at the University of California – Santa Barbara and the National Heart, Lung and Blood Institute, NIH.

Dr. McManus’ basic and clinical investigative program continues to focus on mechanisms, consequences, detection and prevention of injury and aberrant repair involved in inflammatory diseases of the heart and blood vessels, with particular emphasis on enteroviral infections of the heart and allograft vasculopathy. The pursuit of answers to translational research questions is greatly enabled by computational sciences. In the past decade he has devoted his efforts to biomarker discovery, development and validation, and on further development of the Cardiac Registry within the Centre for Heart Lung Innovation to support research, education and clinical diagnosis. Dr. McManus has co-authored >420 peer-reviewed publications and >60 invited chapters (h index = 85; i10 index = 328). He has edited four books. He is co-holder of several patents. He has served as Councilor for the International Society for Heart Research and for the American Society for Investigative Pathology. He is past-president of the Society for Cardiovascular Pathology. He currently serves on editorial boards of several professional and scientific journals, and on many advisory committees and boards. Dr. McManus has long been committed to training and mentoring young scientists across a range of disciplines, and they have become very successful in their own journeys. He has convened many public and private sector partnerships in research.

Dr. McManus has been recognized for his scientific contributions by numerous institutions and organizations through visiting professorships and lectureships. He was co-recipient of the prestigious Max Planck Research Award in 1991. He was elected to the Royal Society of Canada as a Fellow of the Academy of Sciences in 2002. He received a UBC Killam Research Prize – Senior Scientist Category in 2003. In 2005, he was elected as an inaugural Fellow of the Canadian Academy of Health Sciences and was honoured with the Research Achievement Award of the Canadian Cardiovascular Society. In 2006 Dr. McManus received the BC Innovation Council’s Lieutenant Governor’s Technology Innovation Award. He has been honored with the 2007 UBC Distinguished Medical Lecturer Award and 2008 David F. Hardwick Lifetime Achievement Award. He was awarded the 2009 CSATVB Scientific Excellence Award, Canadian Society for Atherosclerosis, Thrombosis and Vascular Biology. Dr. McManus has been recognized by the Society for Cardiovascular Pathology with the 2010 Distinguished Achievement Award and by Providence Health Care with the 2010 Research & Mission Award. He received the 2011 Sarrazin Award Lecture from the Canadian Physiological Society. Recently, he received the 2012 Milton Wong Leadership Award from LifeSciences BC, the 2012 Aubrey J. Tingle Prize from the Michael Smith Foundation for Health Research, and the 2012 Alumni Achievement Award from the University of Saskatchewan.

In 2015, Dr. McManus received a Distinguished Achievement Award from the University of British Columbia Faculty of Medicine. He also received the 2015 Howard Morgan Award from the International Academy of Cardiovascular Sciences, the 2015 Lifetime Achievement Award from Canadian Blood Services and the 2015 Jacob Biely Faculty Research Prize from University of British Columbia. Recently, he was recognized by the UBC Faculty of Medicine with the 2017 William and Marilyn Weber Lifetime Achievement Award. In 2018, he was appointed as a Member of the 2018 Order of Canada and was awarded the 8th annual Margolese National Heart Disorders Prize. In 2019 he was appointed to the Order of British Columbia.  He also received the Cy Frank Distinguished Service Award from the Friends of CIHR. 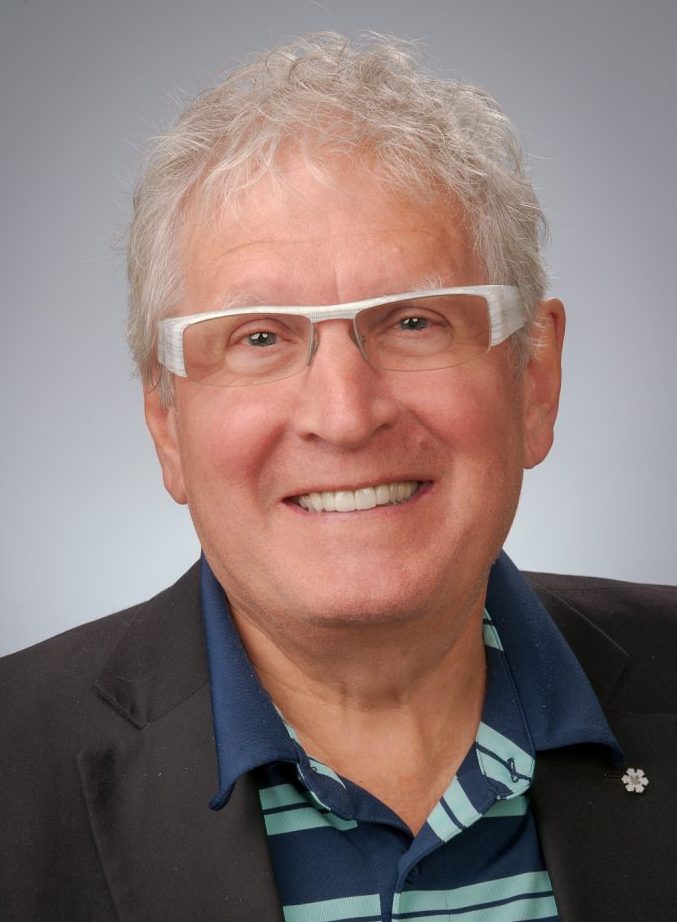